Steph P. Bianchini interviews Deborah Cher for The Earthian Hivemind after winning the Bards And Sages Readers' Choice Awards 'Author of the Year' for 2016, and 'Best Story' for the April 2016 edition (For short story ABIE). Check it out below:

I got to know Deborah thanks to 2016 Bard&Sages Readers’ Choice Awards that she brilliantly aced as Writer of the Year, winning also the best story of Spring term. I didn’t have the occasion to read her work before, but I knew (and followed) the ezine she’s editor of (New Myths). I thought this was a great opportunity for a chat – under the format of an interview. And here it is:

1. Who is Deborah Cher, and how did she become a writer?

I’m a curious, creative animal that’s always been somewhat defiant of the status quo and I think that’s what underpins my writing. As a kid I wrote poetry and songs, which continues to this day. I believed I’d only start writing long stories and novels in my old age. It just seemed like such a daunting undertaking; but in my late 20s, I sat down and wrote a short novel. It poured out of me over a three-week period. It was a strange and quirky novel, with an unanticipated sci-fi element. I took such pleasure out of it, I’ve been writing stories and novels ever since.

2. Speculative fiction. What has attracted you to it in the first place?

I’m naturally drawn to symbol and metaphor. I wasn’t really a ‘science’ kid growing up. I loved Tolkien, and my favorite comic book was Elf Quest; but everything changed when I watched the original Star Wars in my late teens. It was a revelation. After Star Wars, science fiction became my favorite movie genre. Then I read Ursula K. Le Guin in university, and she opened my eyes once again. I realized that science fiction more than any other genre could encapsulate such disparate elements: it could be literary while still being accessible, playful yet profound, humorous yet tragic, grounded yet fantastical. It can explore any feeling, technology or socio-political concept and not be mired down by things like practical, present-day reality. It really is such a freeing genre. Writing speculative fiction is a liberation process for me.

3. Which are your favourite authors?

4. You’re also an editor. How do you balance it with your own writing?

When I edit I get into hyper-focus mode. I’ll go into an editing frenzy and my own writing takes a back seat. Being an editor is my way of participating in a greater community of writers. It also gets me out of my head and into other writers’ imaginations which I think is probably healthy; yet I think my writing is my most original contribution to the world, so I try to strike that balance and sometimes it’s hard.

5 . How did you get involved with New Myths, the ezine you sometimes edit?

I first discovered New Myths when I met its founder, Scott T. Barnes, through an Odyssey science fiction writing workshop, a fantastic course by the way! I loved what he had accomplished at New Myths, finding and providing exposure to all these talented science fiction and fantasy writers. What I love about New Myths and similar e-zines is that they are able to publish works that for some reason or another don’t fit into the mainstream. That frees them from commercial conventions and keeps the genre alive and dynamic. It’s in New Myths and other science fiction, fantasy and horror magazines that you’ll find some really literary heavyweights, profound writing and explorations into darkness, abstraction and absurdity that are just not commercially viable. These are the forbidden fruits, and they are delicious (to me).

7. A bit about the winning story?

It’s told from the point of view of an old veteran who only has two friends in the world: a woman named Connie and an AI named ABIE. The technology in the story is one that we seem to be getting closer and closer to in the real world, an uncannily human AI with very advanced artificial neural networks. A handful of tech companies today are trying to develop similar. At heart, it’s an existential story about exile and the meaning of aloneness and love, and I think people who feel a sense of exile or ‘cut-offness’ from greater society (probably a good chunk of science fiction readers!) would relate to it.

8. Let’s talk about your future goals as a writer.

I recently finished a science fiction novel. I’d like to get it published. I also want to write a hundred more stories and get them all published. I also have a dark children’s poem / picture book that’s suitable for grownups. I secretly want that to be the next thing I publish. And I think ABIE would make a great feature film (not ambitious goals at all, really).

9. Anything else you want to say?

Sure- I believe congratulations are in order for you too! You won a best story award for the October Issue of Bards and Sages under your secret pen name! Ooops- I’m not supposed to mention that, am I?

Many thanks to Deb for sharing all these things with us and again, congratulations for the Awards. Well deserved!

A conversation with L’Écran Géant

Heading to the East Coast Music Conference in Norfolk, Virginia

On the premises mini-contest #35 - an Honorable mention 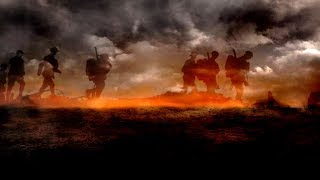